Over the past several weeks, Instagram’s latest changes have wreaked havoc on users and advertisers. With the chatter and debate intensifying, I sat down to take a look at the historical context, examine how we got here and contemplate its future.

Instagram was launched in 2010 as a simple way to edit and share photographs. The first iPhone had been introduced just three years prior. Although some early-model smartphones had the ability to take photos, the quality for the most part wasn’t that great. Additionally, there was no universally loved platform for sharing images of quality. Enter Instagram, which sought to overcome those two obstacles.

In fact, as a result of the enhanced editing capabilities and filters, the phrase “Instagram vs. reality” was coined because the images posted were a stark contrast from reality. The new social media darling started to gain traction to the tune of a million users in the first few months.

The timeline of a child left unchecked

By the time Instagram was only two years old it was acquired by Facebook for $1B. That’s when many folks in the industry began sounding alarm bells about the potential monstrosity that it could become, while others lauded the potential to monetize and grow it. 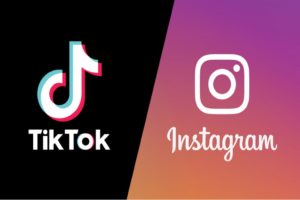 Over the years, with little resistance from its users, Instagram began to behave as a child left unchecked. Optimizing and creating new revenue became top priority, which led to the highly criticized debut of Instagram Ads in 2015. Despite that, it pushed onward. After all, analysts had predicted that ads would help it to churn out over $2B in revenue, more than double the amount paid to acquire Instagram a half a decade earlier.

In 2018, Instagram’s user base had soared to a whipping 1B users and its revenues surpassed $6B. By the summer of 2020, it would introduce reels in an attempt to counter the growing popularity of its market rival, Tik Tok.

Where we are now: the obnoxious teenage years

Now, at the age of 12, Instagram is estimated to be worth $100B. It’s like the obnoxious high school sports star. It seems to be able to get by with what it wants to because it is popular, but how long will that popularity last?

Over half of the world now uses social media to communicate, and according to the Search Engine Journal, 84% of the population in the USA uses at least one. I have always recommended to focus primarily on one or two social media outlets, whether it is for a client or even in my own personal life. It’s simply not realistic that one will gain significant traction, or even utility, when trying to perform well across all social media platforms.

And therein lies the rub: my preferred social media platform has always been Instagram, not TikTok. So it’s no surprise that weeks ago when Instagram started adjusting its algorithm that social media users revolted. Video content began to carry more weight, in addition to a plethora of unwanted ads and strangers showing up in our feeds. All of this was in a banal effort to become more like the competition, to be more like TikTok. If I wanted to dance around in my pajamas, film and share it, I’d be on TikTok.

Even Kylie Jenner and Kim Kardashian, with their combined hundreds of millions of followers, posted a plea to “Make Instagram Instagram Again.”

What it means for the future

There is absolutely no doubt among my colleagues and industry experts that the trend toward everything video will continue to take center stage. There will continue to be a strong focus on reels and ways for users to even more simply and intuitively create and share video content.

While Instagram isn’t going away any time soon, if it doesn’t find a more effective way to differentiate itself from the competition while increasing its value proposition and relevance, the long-term future looks bumpy. On its current trajectory, it can only make incremental changes. These kinds of changes, like the recent introduction of favorites, an upcoming experiment with testing ultra-tall 9:16 photos in post feeds and even the possible introduction of NFT avatars for profiles may satisfy current users, but will not do anything to attract new users.

In light of Instagram’s recent adjustments to its algorithm that made it appear more like a TikTok clone, it’s apparent that the social media industry is quickly becoming not only a competitive, bloody red ocean, but a sea of sameness where it is nearly impossible to differentiate between products.

It leaves one to wonder if Instagram will make it through the rest of its bumpy teen years and live to become 20? 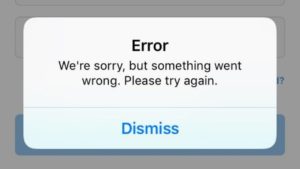